Moving to a foreign country often proves to be a challenge and coming to terms with a new taxation system is one of the many significant factors contributing to this challenge. If you thought tax laws were meant only for persons belonging to a particular country, you thought wrong. An NRI is no exception.

An NRI (often called expatriate) is an individual temporarily or permanently residing, as an immigrant, in a country, that is not the one of their citizenship, usually for work reasons.

Who is an NRI for Indian Income Tax?

Ask yourself the following questions to determine which classification you belong to, with answers supported by your passport.

NRIs Are Liable to Pay Tax

NRI tax (also known as emigration tax) is a tax on individuals who cease to be tax resident in a country. As the individual (expatriate) is a resident of a foreign country, his foreign salary income is exempt in India. However, any income which is earned by providing service in India or arises by any asset situated in India shall be taxable in India. This income may also be subjected to TDS (Tax Deducted at Source) in India.

Let us take an example, to understand better.

Cathy is a foreign national working for an International School in Hyderabad, India since one year. She is a resident of UK and receives 1000 pounds per month for her work. Will she be taxed in India for the payment she receives for teaching in India?

It is advisable to understand the Indian tax laws and practices before you leave your home country to come work in India. Keep yourself updated on the tax, immigration, social security and other allied rules that are relevant for the expatriate population.

Are you an NRI in Bangalore looking for help to File your Income Tax Return? 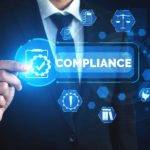 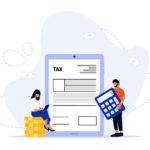